The Euro 2016 qualifier between Serbia and Albania was abandoned after a drone carrying a political message sparked clashes involving players and fans on the pitch – according to reports on BBC Sport.

Trouble flared when an Albanian flag and message flew above the pitch and was caught by a Serbia player. Albania players tried to take it before several fans broke onto the pitch.

Atkinson led the players off the field and, after a delay of around 30 minutes, Uefa confirmed the match had been abandoned. See the pictures of the incident here: 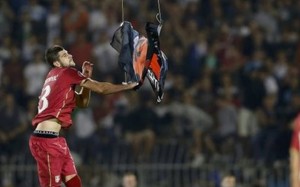 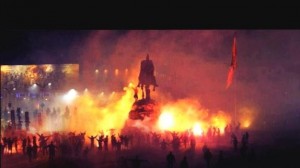