Liverpool’s Mario Balotelli has taken to Instagram to congratulate fellow Premier League star Graziano Pelle on scoring for Italy on his debut.

The controversial Merseyside striker was dropped from the national side in favour of the in form Southampton man, but he doesn’t seem to be suffering from the green eyed monster in any way. 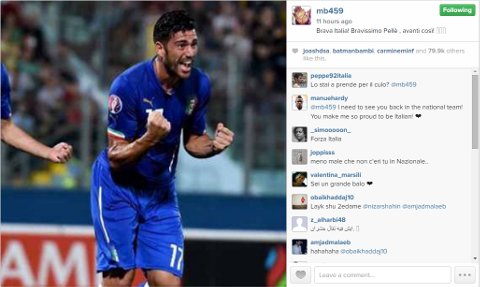