Chivas’ Jorge Enriquez has given two fingers to the press during an official engagement.

Jorge Enriquez has been giving playful yet rude gestures to the media that were gathered to hear him speak in Chivas’ pre-match press conference ahead of their match against reigning Champions Club Leon this weekend.

SEE MORE
(Video) Estudiantes Goal – they lead vs Penarol in the Copa Sudamericana
(Image) MLS Best Passer – Which team are the most effective passers in the MLS?
(Video) Head Tennis – Sao Paulo practice their skills

Enriquez joined Chivas as a youth player, making his debut in 2009. He has 8 caps for Mexico.

We just hope the FMF (Mexican Football Federation) found it as funny as he did! 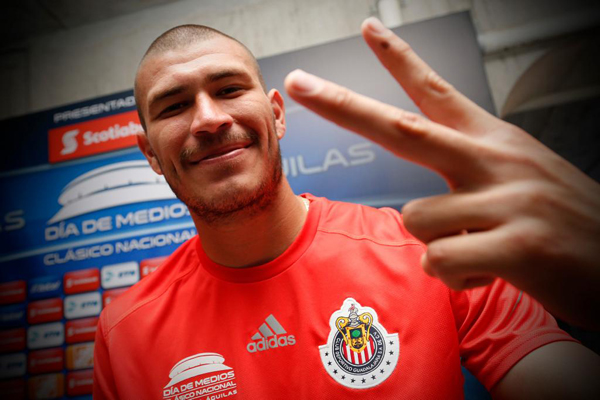