Daniel Sturridge shows off his grocery shopping on Instagram…

Have you ever wondered what a footballer’s shopping would look like? Of course you have. Well think no further, here is the rather mundane result, as shown off by Liverpool striker Daniel Sturridge, who challenged his Instagram followers to tell him their favourite foods. What a thrilling evening for the man! 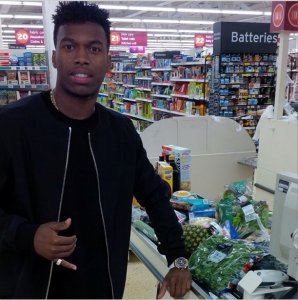