Some teams are proving that possession isn’t everything…

The most improved team are the recently-rebranded Columbus Crew, while the honour for being the outright best is tied between Real Salt Lake and LA Galaxy. Real Salt Lake were also the best in 2013.

The worst side are bottom of the table Chivas USA, but interestingly, the biggest regression was seen by Eastern Conference leaders DC United.

It goes to show that you don’t have to play like Barcelona to win trophies! 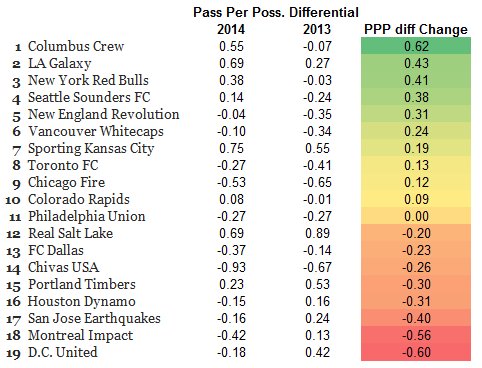