Arsenal are likely to be looking for new recruits in January…

Arsenal’s ongoing and seemingly ever worsening injury crisis will likely require manager Arsene Wenger to splash the cash on January, as he seeks reinforcements all over the pitch – particularly in defence.

Reports in the Daily Star claim that Arsenal will bid £8m for Celtic’s 23-year-old defender Virgil van Dijk, and the Dutch star could be the perfect back-up to their current centre-back options Laurent Koscielny, Per Mertesacker and Calum Chambers.

Here are ten reasonably priced players that they could target: 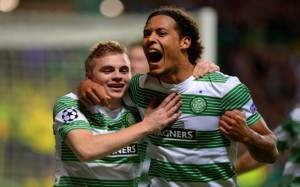 Talented young defender who was an integral part of Celtic’s team last season, after arriving from Holland.