Roberto Martinez has urged Everton fans to be patient with winger Christian Atsu, who has failed to make an impact at the club since arriving on loan from Chelsea this summer.

He said: “We need to give him a little bit of time to adapt to the physicality of the Premier League just like any player but especially a winger. In other leagues referees allow less contact and they are a bit more protected.

“But I think the way he has adapted to the way we want to play so far has been impressive. He’s an intelligent footballer. It’s just making sure I can give him the right introduction to his role. With the minutes he’s had so far in the Europa League and other games he’s done well.

“I expect him to be himself in the second half of the season and he can be a very important player for us. To be left-footed in that wing position with a real penetrative edge like he has can give you a big advantage.”

Of course, he’s not the only summer signing struggling to make an impact in the Premier League – here are the top ten: 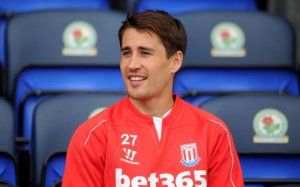 The former Barcelona starlet came in with so much expectation, but is yet to score in the four games in which he has played.