Wantaway Manchester United midfielder Juan Mata could join the ranks of those footballers which returned to their former clubs, if his previous employers Valencia are able to see off competition from Juventus for his signature.

Reports in the Daily Express suggest that United are ready to cash in on the former Chelsea man, who has grown frustrated with his bit-part role at Old Trafford so far this season.

Mata, who played for Valencia between 2007 and 2011, would rank alongside these ten world class players if he were to agree upon a return to Spain in the January transfer window: 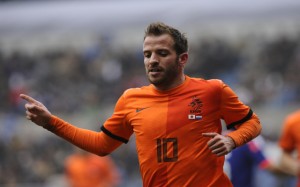 Returned to German club Hamburg after a four-year spell away, which saw him play for both Real Madrid and Tottenham.