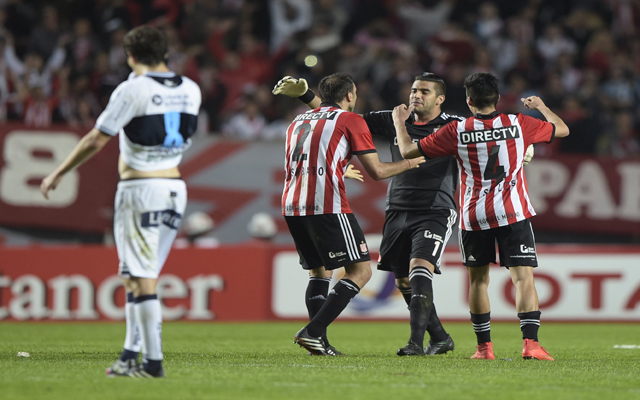 Argentine side Estudiantes are playing Penarol in the Copa Sudamericana Round of 16 right now.

The Argentine side have just taken the lead after 12 minutes thanks to a wonder goal from 20-year-old midfielder Joaquin Correa.

As you can see in the video below, Correa picked the ball up on the half-way line, beat a couple of players, and lashed a glorious finish into the top corner from distance.

Estudiantes beat Gimnasia 1-0 in the last round, while Penarol beat Deportivo Cali 3-2.