Arsenal midfielder Mesut Ozil was recently forced to deny news stories linking him with a January transfer move to Bayern Munich. The World Cup winner has been struggling for form with the Gunners, and it had been suggested that he could seek a move away from the club.

Ozil’s class is clear to see, but he is yet to live up to his £40m plus price tag, and it’s feared that he will never reach his true potential at the Emirates Stadium.

Of course, he’s not the only international import to struggle in the Premier League: 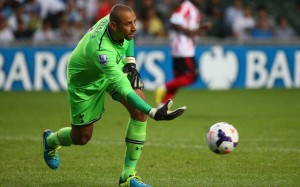 Made his name in Holland with PSV, and was an established member of the Brazil squad when he came to England, but he struggled throughout his six-year spell in the Premier League, with his early days littered with comedic mistakes before he was reduced to a bit-part player.