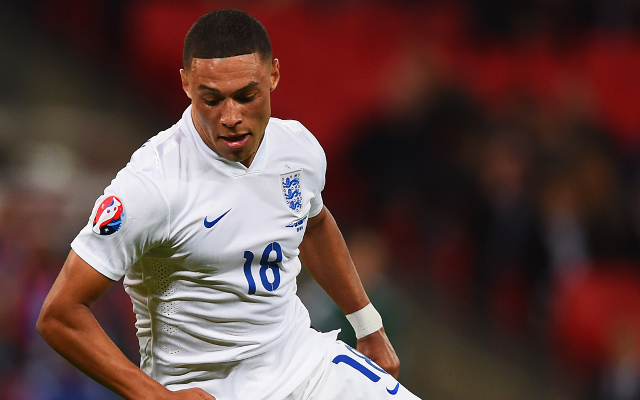 Oxlade-Chamberlain has offered his services to the England U21s, if they want him.

Arsenal midfielder Alex Oxlade-Chamberlain has said that he will play for the England Under-21 team at the European Championships next summer if he is picked by manager Gareth Southgate.

There has been controversy in recent years over players refusing call-ups to the nation’s junior junior teams, but the Gunners youngster insists he would heed the call if it comes.

“Yes (I’d play), you’d never turn your nose up at something like that,” Oxlade-Chamberlain told the Daily Mail.

“But there’s a lot that goes into the because the national team have two games around the same time as the tournament. So it’s up to Roy Hodgson to decide what he wants.”

Clearly the 20-year-old would rather be playing for the senior team, but still seems positive about the tournament as a whole.

Several pundits have said that it would benefit Three Lions seniors to have experience playing and winning for the U21s, in much the same way as the German international stars have done.

“Once a guy has moved up to the full national team, it’s never good to move him down to the U21s,” the Frenchman said.

England have several first team players eligible for the U21s next summer, including Jack Wilshere, Luke Shaw, Ross Barkley, Phil Jones and Raheem Sterling, although how many of them will actually be called up to the tournament remains to be seen.

Southgate’s team qualified for next summer’s tournament on Tuesday with a 4-2 aggregate win over Croatia.