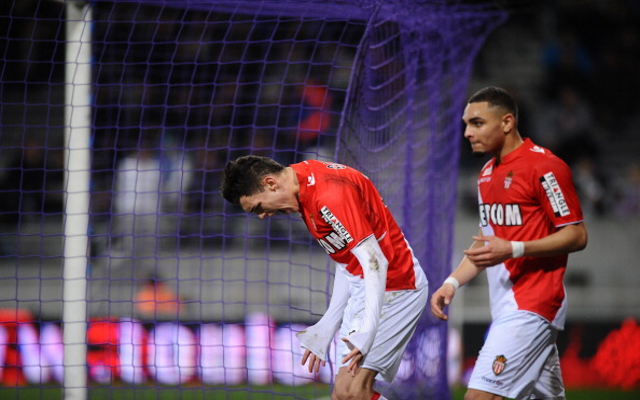 Chelsea have been linked in the Italian press with a move for Brazilian striker Lucas Ocampos.

The Argentinian joined Monaco in 2012 from River Plate for a reported £12m and was part of the team that promoted them back to Ligue 1.

He has only managed 13 goals for club however, and the Daily Express claim he is unhappy at the departure of Radamel Falcao and James Rodgriguez – despite the fact this has meant more minutes for him.

The Blues may well be ‘tracking’ Ocampos, but news of a potential bid seems extremely premature. The 20-year-old would be a very odd target indeed.

While the West Londoners will certainly be looking for a third choice striker in the summer, Ocampos still has two-and-a-half years left on his deal at Monaco and won’t come particularly cheap.

He’s only started five games this season and scored once in his 10 appearances. His stock is declining rapidly – another journalist at TMW brilliantly described his performance against Bayer Leverkusen as “evanescent” – “soon passing out of sight, memory or existence; quickly fading or disappearing” – a description which it seems could also be applied to the Premier League club’s interest in the player.