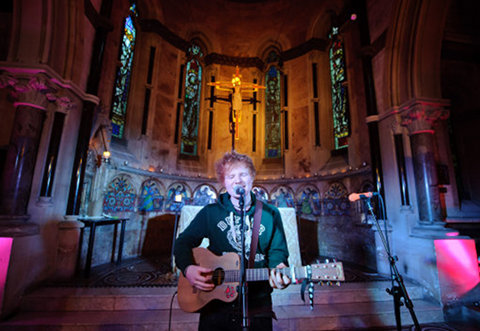 Calum Chambers enjoys his evening off.

Arsenal and England right back Calum Chambers played in both of the Three Lions’ internationals over the weekend, featuring in Euro 2016 qualifying victories over San Marino and Estonia – so it was only right that the teenager was allowed to enjoy a little bit of down time on Wednesday evening.

Chambers chose to spend it at the O2 Arena, where Ed Sheeran has been playing four sold out shows – although whether any other audience members could match Chambers’ hat, we’re not so sure:

Great time at Ed Sheeran last night! What a performer ????