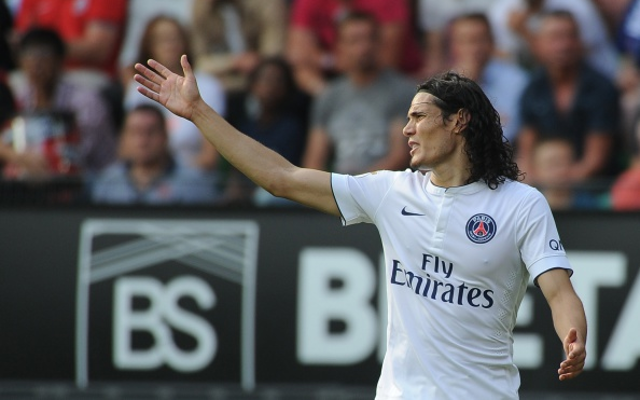 Cavani moved to PSG 15 months ago.

SEE MORE:
Reus Arsenal – Check out the latest news regarding the Gunners next transfer target.
Most Expensive January Transfers – Take a look at the most expensive potential January transfers.
Hottest TV presenters: Most beautiful sports show hosts in the world!

Cavani has struggled during his 15 months with the French Champions. He is often played out of position to accomodate the talents of Zlatan Ibrahimovic and thus hasn’t been able to replicate the form he showed while at Napoli.

Despite the players poor form and speculation that the striker wants to quit the French capital, Al-Khelaifi still backs the 27-year-old to be a success at PSG.

“We wanted one of the best strikers in the world and we took Edinson,” he told Le Parisien. “Everyone must understand that PSG is his home and he will remain here for as long as possible. Paris is a city that he loves; he has every reason to stay here.”

Cavani missed Uruguay’s international friendlies against Saudi Arabia and Oman so that he could have a rest after a long summer in which he represented his national team at the World Cup.

During the international break, he has been at PSG’s Camp des Loges training base where the club’s staff have been attempting to restore his confidence.

“Edinson is an excellent player and a great professional,” Al-Khelaifi added. “He is very generous in the effort he gives and he’s still working a lot for the team, without thinking about himself and his personal statistics.

“I fully support him, as I do with all my players. The fans also love Edinson Cavani because they know he will never let them down. Through his ongoing commitment, he wins their support.”

Arsenal have been heavily linked with a move for Cavani but it is unknown whether Al Khelaifi’s comments will make them cool their interest.