Reports in the Sun recently suggested that Chelsea midfielder Oriol Romeu will be happy to stay in the Bundesliga with Stuttgart, if Jose Mourinho is unable to guarantee him a future at Stamford Bridge.

What is likely to come as the bigger surprise to the Chelsea fans, rather than this threat from their 23-year-old outcast, is that the player is still on their books at all.

Of course, he’s far from the only player with that reputation. Here are a whole team of Premier League players that you may have even forgotten: 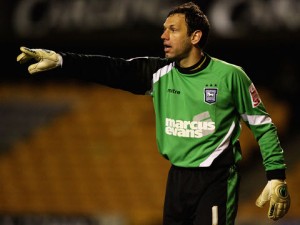 The veteran goalkeeper, who was on Arsenal’s books back in 2001, was picked up by Man City in 2012, and has remained with them ever since. The 36-year-old is yet to feature in any competitive fixture.