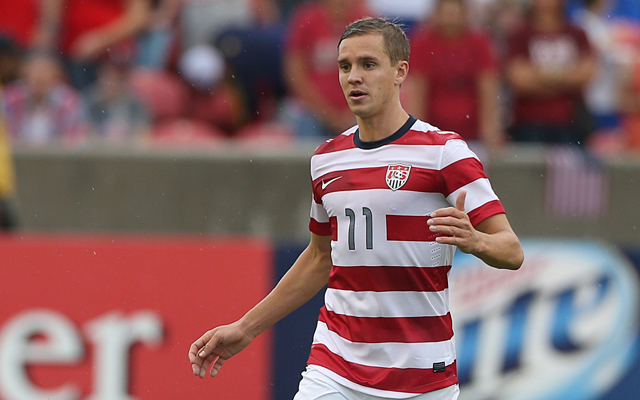 We all know that footballers are known for dressing room pranks, and here’s another great example.

US international and Bolton Wanderers player Stu Holden was pranked by his friends and teammates last night while sleeping.

SEE MORE
(Video) Argentina Fight – There was a mass brawl last night during a game in Argentina’s third tier
(Video) Brazil Comeback – Atletico Mineiro complete a remarkable turnaround in the Copa do Brasil
(Image) Orlando City – Are selling spades to their fans!

To give credit to Holden, at least he wasn’t too embarrassed to share his shame on Instagram.

He has appeared 25 times for the US since making his debut in 2009, scoring three goals. He did not make it into the squad for this summer’s World Cup.

#TBT to preseason 2010 with #bwfc and for some reason I left my door unlocked. @clithy1401 and @_matttaylor14 absolutely punished me for it. #scaredshitless #nomakeup

Real concern for Bolton Wanderers with £41.6m debt and threat of administration looming May 3, 2019 6:50
Bolton FC