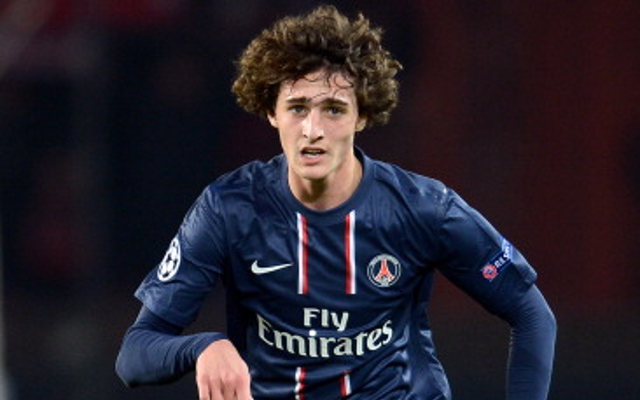 Adrien Rabiot could yet be staying at the Parc des Princes.

Arsenal and Manchester United could be set to be dealt a blow in the transfer market, with the Daily Star reporting that young Paris Saint Germain midfielder Adrien Rabiot could be set to complete a remarkable u-turn and sign a new three-year contract at the Parc des Princes, despite looking almost certain to leave the Ligue 1 champions in January.

Rabiot has reportedly become unsettled at PSG due to a lack of playing time under Laurent Blanc, with the youngster turning down the offer of a new deal in order to secure first team football elsewhere, potentially leading to a January transfer so that PSG don’t risk losing him on a free transfer next summer.

Arsenal, in particular, have been credited with an extremely strong interest in the player, although Serie A side AS Roma were reported to have been in contact with Rabiot and close to tying up a deal in recent weeks, before this shock new development which has suggested that Rabiot’s future could, after all, lie in the French capital.

A France Under 21 midfielder with genuine box-to-box qualities, Rabiot is one of the finest young players that PSG have produced in recent years, but has found his path to the first team blocked by the club’s depth of midfield quality, such as the likes of Marco Verratti, Yohan Cabaye and Blaise Matuidi.