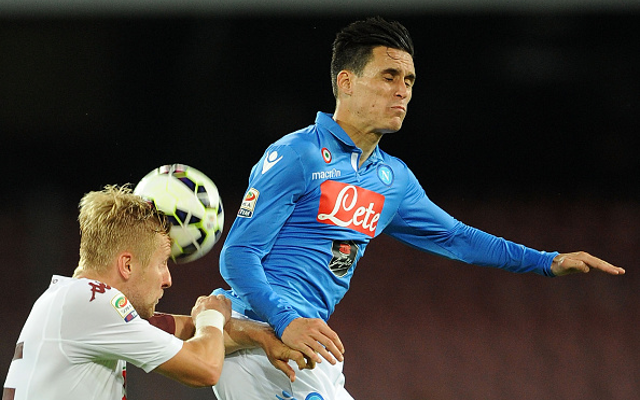 Arsenal are set to rival Atletico Madrid for the signing of Napoli winger Jose Callejon, who could be available for as little as £16m in the January transfer window, according to Spanish source Fichajes.net.

The Spanish international, formerly of Real Madrid, has been in fine form since making the move to Serie A last summer, and it now looks as though the Italian club may need to let him go due to financial problems.

Callejon has scored 24 goals in his time with Napoli, showing a great eye for goal from the wide positions, and he would no doubt make a useful signing for Arsenal as they look to improve their attacking options.

Arsene Wenger has had to cope without injured duo Theo Walcott and Olivier Giroud in recent times, with Mesut Ozil now joining them on the treatment table and leading to other top attacking players being linked with the north London club.

Schalke starlet Julian Draxler is also believed to be on Wenger’s radar, but Callejon may be a far cheaper option if he is allowed to move for such a low fee, though this has unsurprisingly attracted interest from Atletico as well as January approaches.