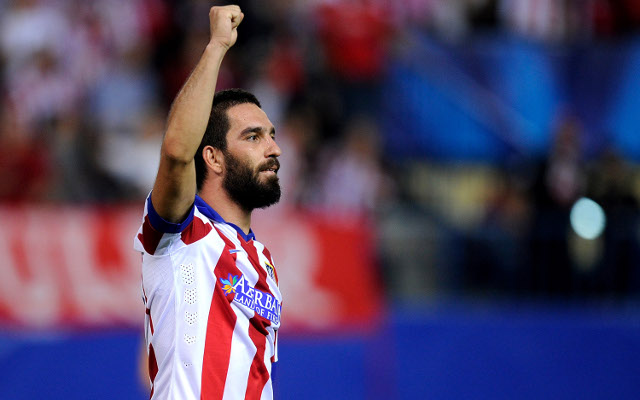 Arsenal are reportedly ready to meet the £32m release clause to sign Atletico Madrid attacking midfielder Arda Turan as a replacement for Mesut Ozil in the upcoming January transfer window.

The Gunners are one of a number of clubs to have looked at the skillful Turkish international, who was in fine form for Diego Simeone’s side as they stunned Europe to win La Liga and reach the Champions League final last season.

The 27-year-old has a release clause of just £32m at Atletico, which could make him an excellent purchase for most top sides this January, with Arsenal likely to be in need of strengthening in that part of the pitch.

Although Arsene Wenger is likely to prioritise new additions in defence, it is also thought that Ozil could be set to attract interest from the likes of Chelsea, Manchester City and Bayern Munich in the coming months.

The German playmaker is also out injured after generally looking ineffective for Arsenal since joining the club from Real Madrid last summer, and Turan may well prove a better option.

Arsenal are also being linked with the likes of Julian Draxler and Marco Reus, but Turan could prove cheaper at the moment, though there could also be competition from Liverpool and Manchester United for his signature.