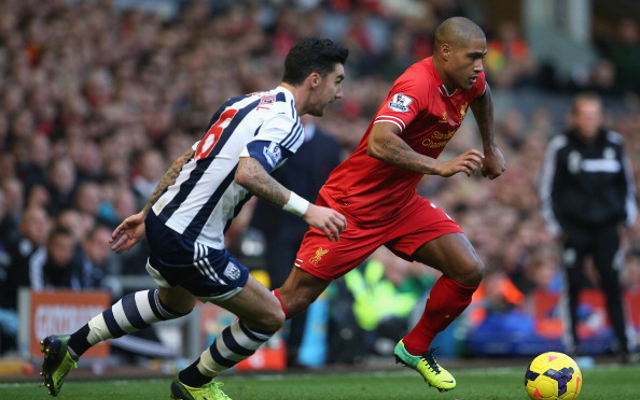 Glen Johnson’s former manager Rafael Benitez has been linked with the defender, and Roma are now considering a bid.

Italian title-challengers AS Roma have joined Napoli in the chase for Liverpool’s full back Glen Johnson.

The Italian club are clearly so happy with their purchase of Ashley Cole that they want to grab another English full-back on the cheap.

TuttoMercatoWeb have alleged that the Liverpool player has refused a new deal at Anfield, and will move to Roma if they give him the €4.5m a year he wants. Roma owner James Pallotta is apparently only willing to stretch to €3.5m.

The gap between the figures is large but not insurmountable. The new Roma owners are not afraid of spending money, and with their club offering a genuine challenge to Juventus this year, they may be tempted to meet Johnson’s demands in order to give their club the best possible chance of breaking the Turin club’s ongoing stranglehold on league titles.

Johnson must first worry about regaining his place in the team, returning after more than a month out. Javier Manquillo has impressed since replacing him in the team, and is clearly seen as the future of the postion.

Much like Ashley Cole, Johnson may use the arrival of a replacement as his cue to move abroad and enjoy the end of his career in a new league.