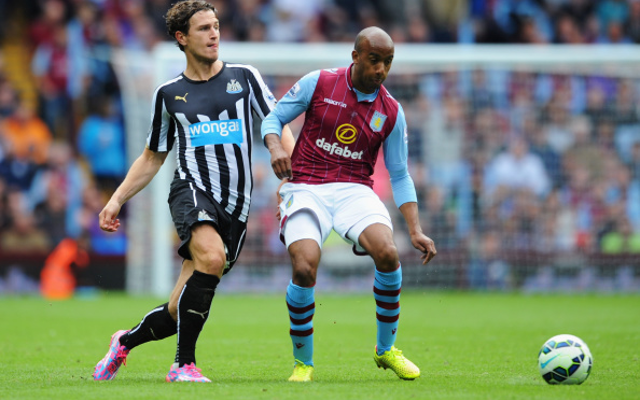 Aston Villa have seen their good start to the Premier League season evaporate as a result of a nightmare run of fixtures recently – and Paul Lambert has now been dealt more bad news, with the Mail reporting that star midfielder Fabian Delph will be out for around three months after sustaining a dislocated shoulder in a freak training ground accident.

The news will come as a real blow to both Villa and Delph, with the former Leeds United star finally having begun to live up to his potential this season, shining as perhaps the club’s brightest light during their fine start to the campaign and earning a call-up to the England side in the process, making his Three Lions debut in the Euro 2016 qualification victory in Switzerland.

Delph is reported to have fallen awkwardly on his shoulder without anywhere near him, picking up an injury that is likely to rule him out of at least 14 games and which will require surgery, something that Paul Lambert has described as a “nightmare” as his side look to get back on track this weekend with a trip to Everton.

Once rated as perhaps the most promising young midfielder in the country whilst coming through at Elland Road, Delph fell off the map slightly thanks to a succession of niggling injuries during his early time at Villa Park, but appeared to really be coming into his own this season.