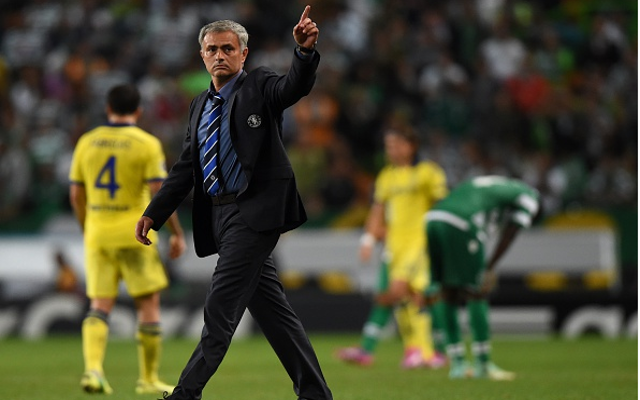 Chelsea manager Jose Mourinho has appeared to accuse the FA of acting hypocritically after not charging Arsenal manager Arsene Wenger for pushing him on the touchline during a fractious recent meeting between the clubs, report the Express, with Mourinho insinuating that things may well have been different if roles had been reversed.

The flashpoint occured in the first half of Chelsea’s recent 2-0 victory at Stamford Bridge, with Mourinho confronting Wenger after the Frenchman had left his technical area to protest an awful challenge by the Blues’ Gary Cahill on Gunners winger Alexis Sanchez.

The Portuguese manager has been in trouble with the footballing authorities in England before and seems shocked that Wenger wasn’t charged for his action, suggesting that he believes that, had it been him with the push, things may well have turned out differently:

“I’m not surprised. Charged? Charged? If it was me it would have been a stadium ban.”

It remains to be seen whether the FA will react to Mourinho appearing to accuse them of hypocrisy, although the reference is probably vague enough for him to get away with it.

An example of Mourinho’s famous mind games, however, it almost certainly means that increased scrutiny will be put on Wenger’s behaviour on the touchline in upcoming Premier League games.