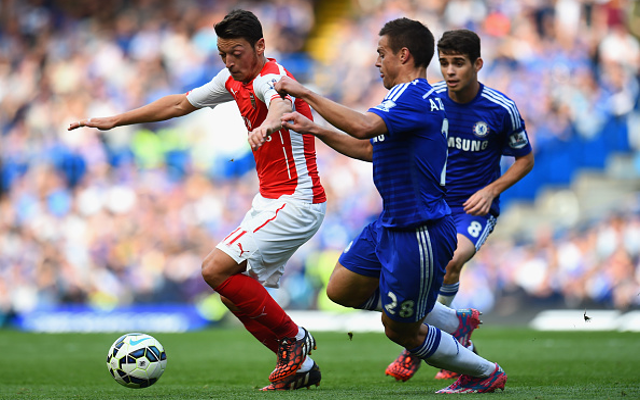 Chelsea could be set to stun Arsenal with a bid for German playmaker Mesut Ozil as Jose Mourinho eyes a reunion with one of his former favourites, it has emerged.

The 26-year-old was a key player for Mourinho during their time together at Real Madrid, with the Portuguese coach once calling the player the best number ten in the world.

Ozil’s form at Arsenal, however, has not been great since his club-record £42.5m move from the Spanish giants last summer, and it has been suggested that he could be allowed to leave in the near future as the likes of Manchester City and Bayern Munich show an interest in his services.

Possibly available for between £30-35m, clubs could start queuing up for the unsettled Ozil, who has often been played out of position and plagued by injuries during his disappointing spell at the Emirates Stadium.

Arsenal will no doubt be wary of selling him to another English club, and Arsene Wenger’s poor relationship with Blues boss Mourinho means the club are surely unlikely to allow this move to happen.

Still, the Gunners have been known for selling big players to their rivals in the past, with star striker Robin van Persie notably joining Wenger’s old adversery Sir Alex Ferguson at Manchester United in the summer of 2012.

Chelsea are understood to be keeping an eye on Ozil’s situation and could bid for him next summer if he continues to show signs of being unhappy at Arsenal.