The Tigres UANL centre back was photographed this morning talking with the Director of Mexico’s national team, Hector Gonzalez Inarritu.

Mexico’s national team badly need some new centre backs. Rafa Marquez has retired from international football, Maza Rodriguez is both aging and error prone, and young talents such as Hector Moreno and Diego Reyes are struggling for regular minutes at Espanyol and Porto.

SEE MORE
Liga MX Week 13 – A look ahead to the Super Saturday in Mexico’s Liga MX
MLS Playoffs – There are two places still up for grabs in the US
Layun Halloween – Miguel Layun has been posing with murderers!

Juninho is Brazilian by birth, but has never represented Brazil and is now a naturalised Mexican citizen. He partners another Mexico international – Hugo Ayala – in defence for Tigres, making the potential call up seem logical.

Inarritu was seen chatting with Jesus Duenas, Hugo Ayala, Jorge Torres Nilo, Gerardo Lugo and Juninho at Tigres’ training ground this morning, prompting many to speculate a call up could be imminent. 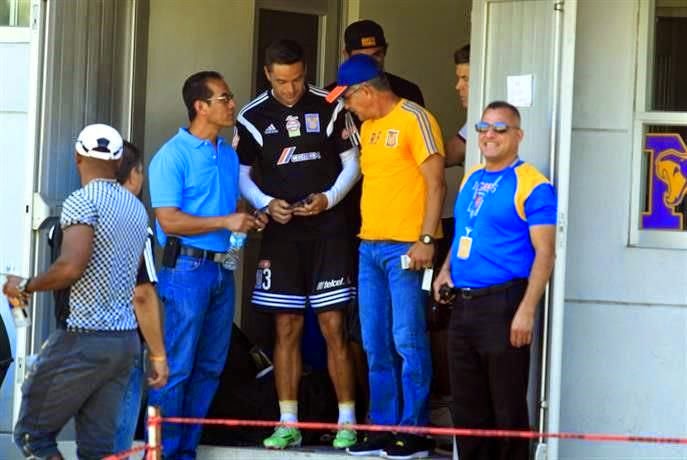