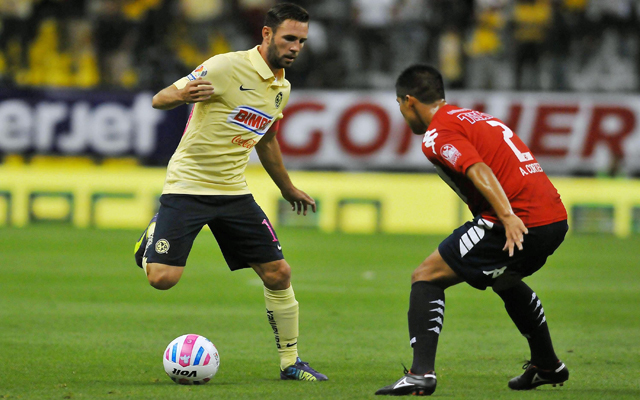 The Halloween holidays are coming, and injured Club America fullback Miguel Layun is getting in the spirit of the season.

Miguel Layun has been posing with a murderer. Or at least a pretend murderer.

The Club America star sent out the below picture from his recent trip to Six Flags to his fans on Instagram. We know it’s only make believe, but he still looks pretty frightened.

Maybe it was that chainsaw that caused his injury…!