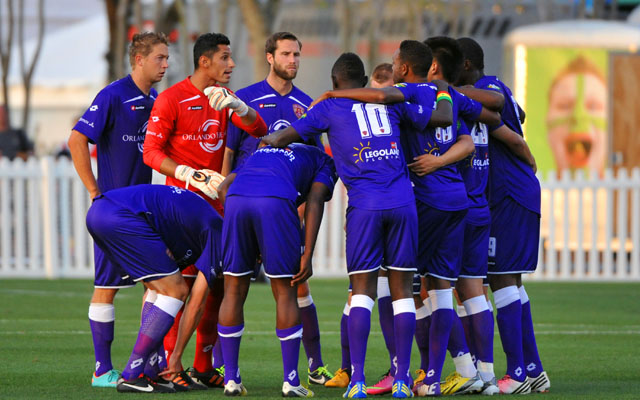 Orlando City are to set become the MLS’s twentieth side in the 2015 season.

The MLS has repeatedly stated its ambitions to continue growing. For the 2015 season they will introduce two new sides – Orlando City and New York City – into the league structure. Chivas USA will fold, bringing the total number of teams to twenty.

Unsurprisingly, Orlando’s owners have been making a big push to engage the local population with their new MLS team.

It seems to be working – there was a big parade yesterday in the team’s honour. No bad for a side with no players!

We came, we saw, we marched. #WeDigPurple