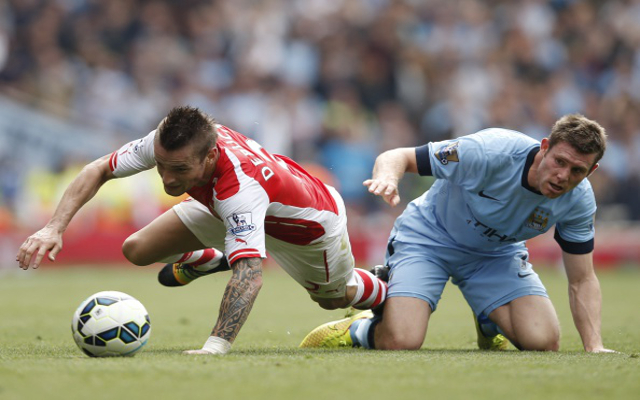 Gunners set to miss out on City ace.

Manchester City midfielder and rumoured Arsenal target James Milner looks set to end speculation surrounding his future by signing a new contract at the Etihad Stadium, according to the Sun.

The England international has recently been linked with a number of clubs, including a surprise move to Serie A outfit Napoli, though he looks likely to snub offers to move away.

Milner is now expected to commit his future to the Premier League champions, despite suggesting that he has found his role in the team frustrating due to the vast competition for places in Manuel Pellegrini’s world class squad.

Still, the former Aston Villa and Newcastle United man accepts that there are a great number of big names for the manager to choose from and that he doesn’t expect to always be in the starting eleven.

Speaking at a club event, Milner said that he is happy with life at City and can’t see any need to move anywhere else, despite a number of other top clubs showing an interest in his services in a potential cut-price deal in the upcoming January transfer window.

“I’ve loved every minute here and I still enjoy it,” he is quoted as saying. “I have always said, ‘Why would you want to leave a club like this if you don’t have to?’.”