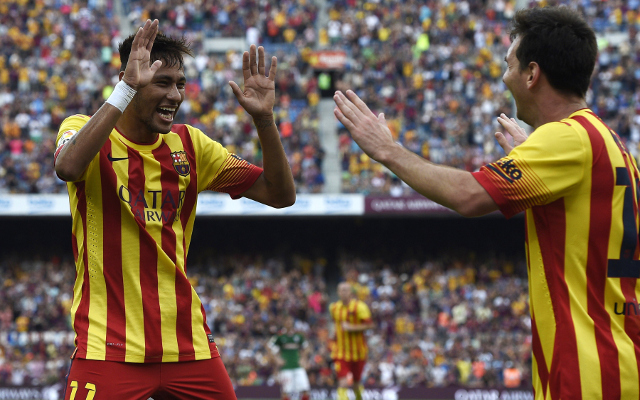 All the latest headlines from the newspapers in Spain as Barcelona prepare to unleash their trident of Lionel Messi, Neymar and Luis Suarez against Real Madrid.

– Carlo’s notebook. A programme to break the Liverpool spell and go into the Clasico at full fitness.

– He will keep Ramos in reserve. The whole team defends. Attention to the danger of Messi in his new position. Concentration at set-pieces.

– Ebola disrupts the African Nations Cup; the first international competition brought to a standstill by the lethal virus.

– El Cholo annoyed; Simeone lectures his players behind closed doors and demands more intensity from them.

– Gerard Pique’s outside influences; his attitude off the pitch tarnishes his status as a central defender.

– Languages on the bench; foreigners in La Segunda get only 41 per cent of minutes played.

– Another SOS from Zaragoza; the tax agency asks for €25m.

– Del Bosque takes stock ahead of the new era.

– “I won’t go before France 2016, neither will I continue afterwards. My case is not comparable to that of Orenga and Moya. If Casillas doesn’t play with his club it will make it difficult for him to come. I don’t feel responsible for the elimination of the Under-21s.”

– Clasico tickets for the members sell out in 20 minutes.

– Diego Simeone: “I don’t care about his national team!” He accuses his players of a lack of intensity.

– Morocco refuses to organise the African Nations Cup for fear of Ebola.

– Carlo Ancelotti: “I see a more motivated Barca. With Luis Enrique, along with the new players, they are a more competitive team.”