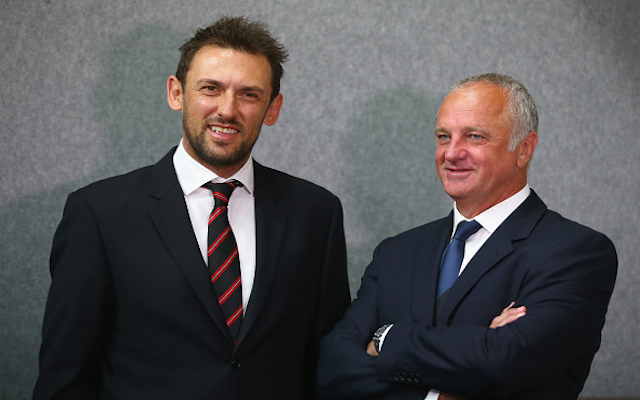 The Sky Blues boss has turned up the heat on the Wanderers in the lead up to Saturday’s derby.

Sydney FC manager Graham Arnold has begun the mind games before Saturday’s Sydney derby, claiming the Western Sydney Wanderers will have one eye on the Asian Champions League final.

The Wanderers slumped to its heaviest defeat in its history last Friday when they went down 4-1 to the Melbourne Victory, prompting Arnold to suggest Tony Popovic’s side were focusing on their ACL first leg clash with Al Hilal on October 25.

“I’ve been in those positions before and it’s a big distraction,” Arnold said.

“Knowing you have a huge game in front of you, players don’t want to get injured and miss those types occasions.

“As Tony Popovic said it was a bad day at the office, they hadn’t conceded four goals before and are a very strong, well coached side.

“Was last week a one-off or was it because they had one eye on the Champions League? I’ll guess we’ll find out.”

Arnold has been on the front foot in the lead in to the derby, with the former Socceroos interim manager stating that the Sky Blues were still the biggest club in town despite the success of the Wanderers.