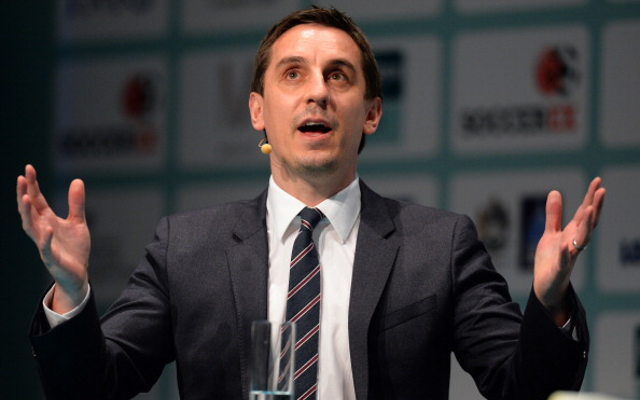 Former Manchester United defender Phil Neville has been mocked again for being boring – this time by his own brother Gary!

The two were team-mates for club and country in their highly successful playing careers, and have since both moved into punditry work with mixed success.

While Gary has been universally praised for his work with Sky Sports, Phil has been routinely mocked for his boring and monotonous commentary with the BBC during this summer’s World Cup.

Tweeting today that he had to do a speed awareness course, Phil was trolled by his brother as he said that they’re “a bit like a conversation with you”.

“@fizzer18: I’m on a speed awareness course this morning what r they like troops A bit like a conversation with you. Boring but important!