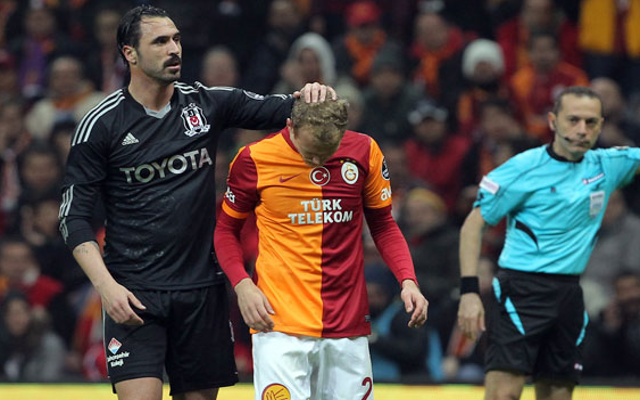 Galatasaray defender Semih Kaya is hoping to join Manchester United instead of completing his proposed £8m move to Atletico Madrid, according to the Daily Mirror.

The Turkish international is thought to be close to completing a move to the Spanish capital for this January, with a deal almost in place for him to make the move to the Vicente Calderon in the next transfer window.

However, it is understood that the 23-year-old has also come up on United’s radar in recent times, and the player himself would favour a move to Old Trafford instead, if the opportunity presented itself.

Kaya now hopes United will make a bid for him before January, though it remains to be seen if the Red Devils will prioritise him over their other numerous defensive targets in that position.

Louis van Gaal is known to be on the lookout for a big-name signing at the back to improve his side’s performances in that part of the pitch, with the team leaking goals for much of the season so far.

Borussia Dortmund centre-back Mats Hummels is believed to be one of the club’s priority targets, and Kaya may only be a backup option if that move falls through.