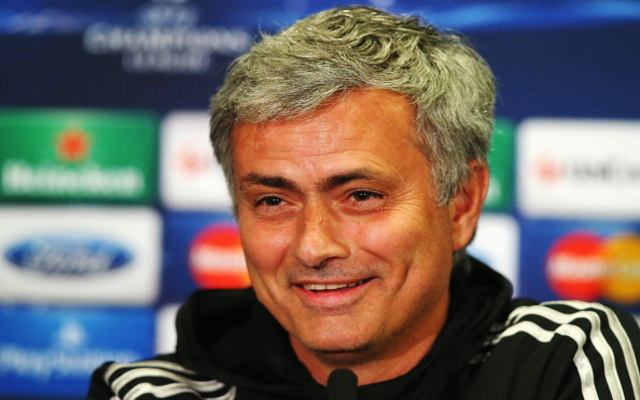 Chelsea manager Jose Mourinho has criticised the age of Manchester City’s squad, implying that his young Chelsea team will have the edge in a few years.

The criticism came disguised amongst praise for title rivals City’s team. “Man City have everything,” Mourinho is quoted as saying by Sky Sports. “I think they have lots of talent and lots of physicality. They have more options than everyone else. They have ‘replicas for every position (but) they don’t have young players in the development phase.”

It is true that City’s squad is full of players who are already at their peak, wheras chelsea have more players who are still improving. With a squad that good, City should be doing much better in Europe. Especially when, as Mourinho points out, they have two quality players in every position, so depth is not an issue. Mourinho also pointed out that Chelsea’s transfer strategy has put them in a much better position for the future:

“You tell me- if we keep this team, and they keep that team: in five years’ time who is going to be better? I say immediately – us, because in five years I’m going to have (Eden) Hazard, Oscar, Willian, (Cesar) Azpilicueta, (Kurt) Zouma, in the best moment of their careers, and the fantastic players I have now at 28, 29. A fantastic team with lots of solutions.”

Of course in the modern game there is more to worry about than just having good players. Chelsea’s clever transfer strategy in recent season has seen them buying lots of relatively young players, loaning some out and playing others in the first team. Manchester City, on the other hand, have already been in trouble for breaking financial fair play rules. They were fine £50m, and will face much more serious sanctions if they break the rules again.

Chelsea are streaking ahead in the league season, despite their young side. If City’s team of peak level superstars lose the Premier League trophy to Chelsea’s young side, it will be a tough few seasons for the Citizens trying to catch up with Jose’s ever-improving side.