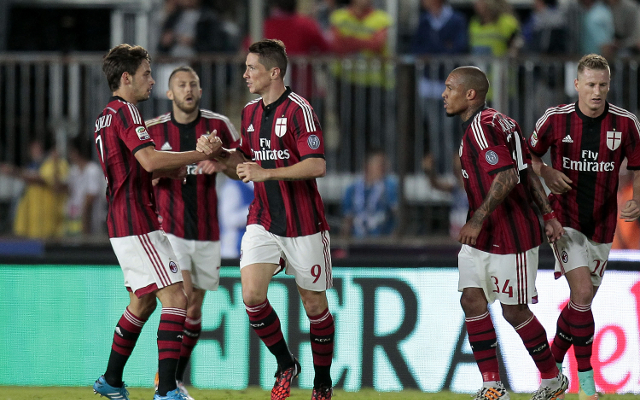 The Spanish striker has claimed that Jose Mourinho wanted to keep him at Chelsea.

In an interview with Italian paper Corriere dello Sport,  Fernando Torres has revealed that Jose Mourinho was keen to keep him.

“With my coach I had spoken often about my future. He wanted me to stay in London, but I needed a new stimulus for my career. That day I received a call from Milan.”

By this point, Chelsea had signed Diego Costa and Torres knew he would be starting the season as second choice.

SEE MORE:
Premier League Signings – Power ranking the summer transfers.
(Image) MLS Lying About Attendances!
Lucas Silva Chelsea – Blues hijack Real Madrid bid.
“The club had bought a new striker… I needed a change and I was aiming to find a team that would guarantee me a starting spot. I had other opportunities, but I chose Milan because they proved that they really wanted me.”

The Spanish striker almost moved to Milan earlier in his career, but ended up at Liverpool and then Chelsea instead.

The Spanish striker has not found things much easier in Italy, and has one goal from his four appearances. He is in the first year of a two year loan deal.

Torres was right to fear the arrival of Costa. As well as taking his place in the Spain side, the Brazilian-born forward has banged in 9 goals in his 7 appearances. Torres would have struggled to get much time at all ahead of the red-hot goalgetter. Chelsea also went on to sign Loic Remy from QPR for £8m.

Chelsea and Torres will both be relived that the striker’s tragic saga is finally at an end. Chelsea fans stayed loyal to the striker through the frustration, and will be willing the troubled Spaniard to do well in Italy.