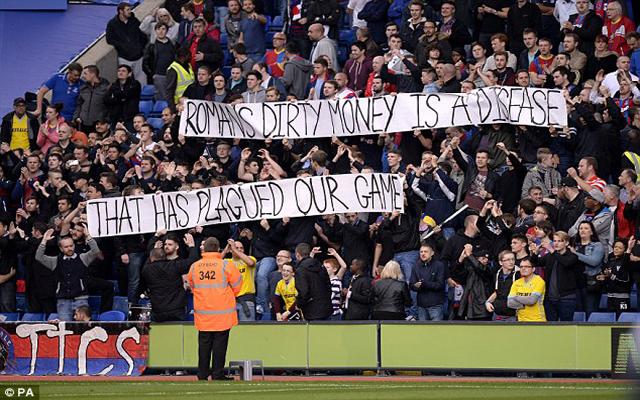 Chelsea owner Roman Abramovich was shown in no uncertain terms what the fans of Crystal Palace make of him, as the home fans displayed a banner that read: “Romans dirty money is a disease that has plagued our game.”

Supporters of the home side brandished the banner ahead of the London derby which referred to the amount of money Chelsea’s rich Russian owner has spent on the club. Chelsea won the game 2-1. 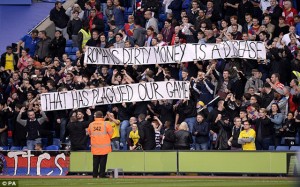