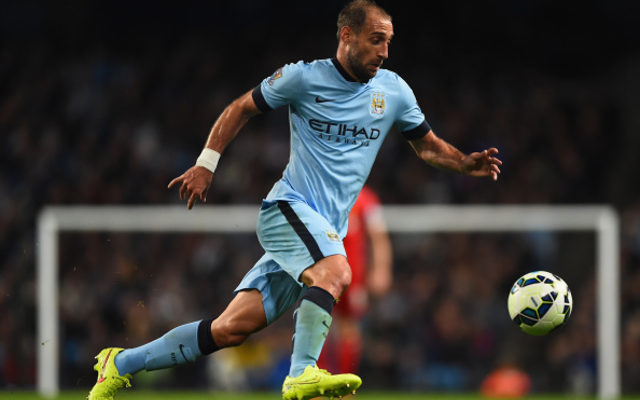 Popular Manchester City defender Pablo Zabaleta has claimed that he is NOT a world class player like teammates David Silva and Yaya Toure, and explains that he simply tries to ‘do his best’.

As reports in the Daily Mail explain, Zabaleta has become a cult hero since joining City in 2008, but still believes that he has more to prove as the Premier League champions seek success in European competition.

“I came to Manchester City when I was 23 years old,” he says. “I had played in Spain but it’s more physical, more dynamic here. I feel I have become better as a player every year.

“And the recognition from the fans is the best thing you can have as a player because it means you are doing well. This is enough for me. I have always felt I am not the star player. I’m not a world-class player like David Silva or Yaya Toure. They are the stars. I just try to do my best, to do my job for the team.

“And I have to work very hard to keep my place in the team because I understand the competition we have for places here. That is healthy but you know that you have to do well because if you don’t they will probably sign another player.”