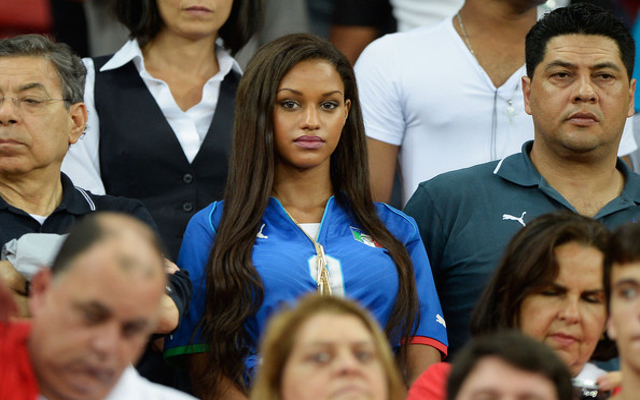 The ex-fiancee of Liverpool star Mario Balotelli, Fanny Neguesha, has spoken out publicly for the first time since the pair’s break-up, discussing the split with Belgian glossy magazine NINA.

The Daily Mail carries the quotes from the 24-year-old model, who explains that she feels no bitterness towards the Italian striker, but admits she was unprepared for the pressure of being a WAG. The couple were engaged in March 2013, but split last month.

Fanny said: “It’s definitely over between Mario and me. But I want to highlight this: we have no quarrel. I wish Mario all the best in his life and his football career.

“If you have loved someone, you can’t hate him because a relationship went wrong. I can be deeply disappointed in him, but I don’t wish him bad things. If he needs me, I’ll be there for him. As a friend.”

Reflecting on their relationship, she added: “Mario was my first big love. But I hope there’s still another big love left for me. I’m still young. One day I want to get married and have kids – what else?”

The source adds that, Balotelli has yet to rediscover his best form since moving to Liverpool from AC Milan in the summer for £16m, scoring just once for the Anfield club.

But the Italy international remains a popular figure among the Anfield fans though the attention that comes with being a footballer’s girlfriend and fiancee caught Fanny unawares.

She said: “I wasn’t prepared for all the attention. In the beginning you’re happy when a picture of you goes around the world: ‘Wow, so many attention… Just for me?”

“I didn’t know that feeling to get all eyes suddenly staring at you. The first weeks it felt like I’d bought a new dress and everyone was giving me compliments.

“But it became an annoying rut. Always being careful what you would wear, how your looks were: tiring. It was like an enormous pressure.”

Fanny’s interview comes after Balotelli denied rumours that he has sex before matches, insisting he is only interested in scoring on the pitch.