Which Premier League players earns more than any other…

Earlier this week, Forbes released its list of the 100 highest paid athletes in the world. That has lead to plenty of speculation regarding footballers wages, including focus on the 15 stars from around Europe who made the list.

After only a handful of Premier League players were included, the following list looks at the top 15 highest earners in England’s top division, including the stars who were ranked by Forbes, and those who narrowly missed out: 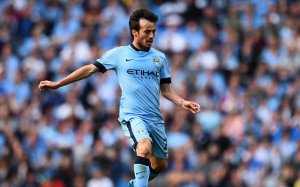