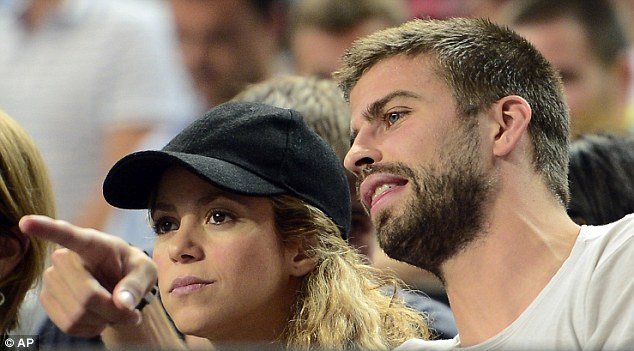 Was Shakira giving some tactical instructions to Pique!?!

Barcelona may be toiling to find their way past a well organised Eibar defence at the Nou Camp this evening – but that isn’t because of a lack of tactical insturction from Gerard Pique’s wife, pop star Shakira. The Colombian was spotted with the couple’s son before the game against the Basque minnows this evening, taking a seat on the Barcelona bench and surveying the vast structure of the Nou Camp.