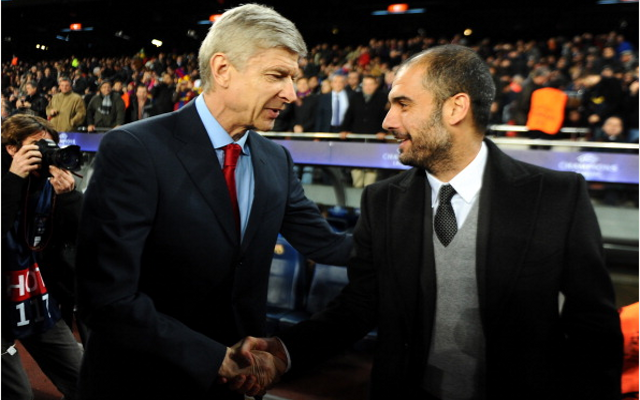 Arsenal are likely to be on alert as it has emerged that Bayern Munich manager Pep Guardiola wants his next job to be in England, according to the Daily Mail.

The Spanish tactician, who became regarded as one of the best managers in the world during his time in charge of Barcelona, has been linked with Premier League clubs in the past, but opted to take over at Bayern last season after taking a year out of the game.

Still, it is thought that Guardiola would be open to managing in the Premier League one day, and he will surely have plenty of suitors after his tremendous work at the Allianz Arena following on from the utter dominance of Barcelona during his reign at the Nou Camp.

Manchester City are also thought to be big fans of his, but Arsenal are in need of a change in manager as Arsene Wenger surely nears the end of his time at the club, with the Gunners looking in poor form this season and struggling to progress under the long-serving Frenchman.

The style of football deployed by Guardiola would no doubt go down a treat at the Emirates Stadium, with his attacking philosophy in keeping with how Arsenal have played throughout the Wenger era.