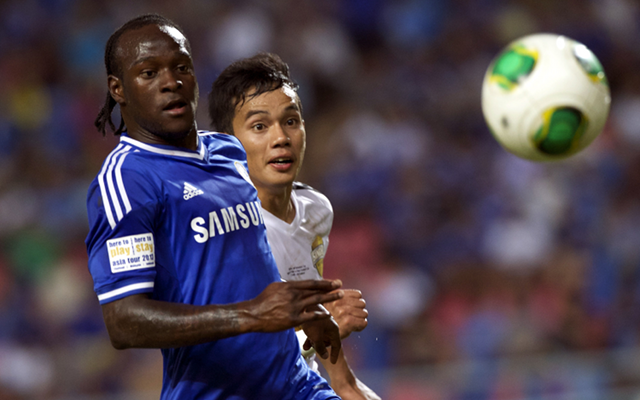 Monk believes that Victor Moses dived to win a penalty in his side’s defeat at Stoke City.

Furious Swansea City manager Garry Monk has launched an astonishing attack on both referee Michael Oliver and Stoke City winger Victor Moses after a late Jonathan Walter side condemned his side to a 2-1 defeat the Britannia Stadium, report the Daily Star, after a first half in which both sides were awarded a contentious penalty.

Swansea started the game strongly and had chances to take the lead through Gylfi Sigurdsson and Ki-Sung Yeung before Oliver pointed to the spot when Stoke centre back Ryan Shawcross wrestled Wilfried Bony to the ground at a corner, a decision that appeared to be correct but enraged the home supporters.

Oliver was then accused of evening things up when he awarded a penalty to Victor Moses, with the Chelsea loanee having tumbled under minimal contact from Swansea right back Angel Rangel when bursting into the visiting side’s box, a decision that enraged Monk:

“It’s happening a lot. We’re having a lot of decisions going against us. Match-changing decsions and it’s a disgraceful decision because not in a million years – I looked straight at their bench and even they couldn’t believe it.”

It was not just the referee who received the ire of Monk, however, with Moses also on the end of his anger after appearing to dive to win his side’s spot kick:

“He should be punished for diving, it’s a clear dive which is cheating. He’s cheated the ref and then the ref’s cheated us for giving the decision that never was.”

Stoke manager Mark Hughes has yet to really comment on the incident – but the television evidence certainly seemed to back up Monk’s opinion that it was a dreadful decision and a piece of simulation.