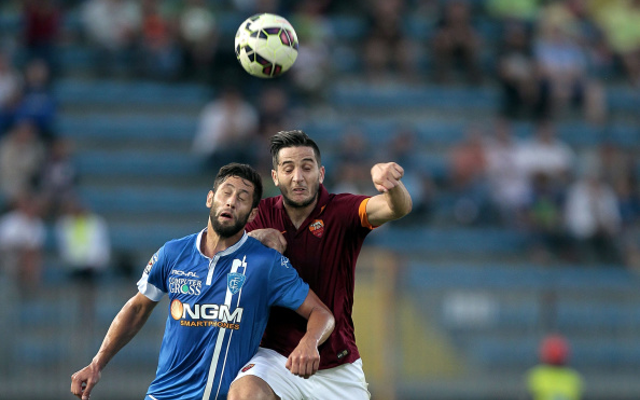 Arsenal missed out on the signing of AS Roma defender Kostas Manolas during this summer’s transfer window, the player himself has revealed.

According to Sky Sports, the Greek international has spoken about interest from a number of top clubs in his signature this year, with Juventus also among the contenders to snap him up while he was still at previous club Olympiacos.

The 23-year-old is a highly regarded talent and has impressed since making the step up from Greek to Italian football, also catching the eye for Roma in some tough games in the Champions League.

Arsenal were known to be chasing a new centre-back signing after allowing Thomas Vermaelen to leave for Barcelona, with Arsene Wenger’s side still looking worryingly short of options in that department.

Manolas says he could have ended up at Juventus or Arsenal, though he has also moved to dismiss claims that he went to London to hold official talks with the Gunners, suggesting a move was not as close as had perhaps been reported.

Manolas insists he is happy to have come to Roma and that is all he is focusing on now.

“It’s true, Juventus sought me out after the World Cup,” he told an Italian newspaper.

“I could also have ended up at Arsenal. But I never went to London, as it was reported.

“Now, for me, there is only Roma. I’m very happy to have come here.”