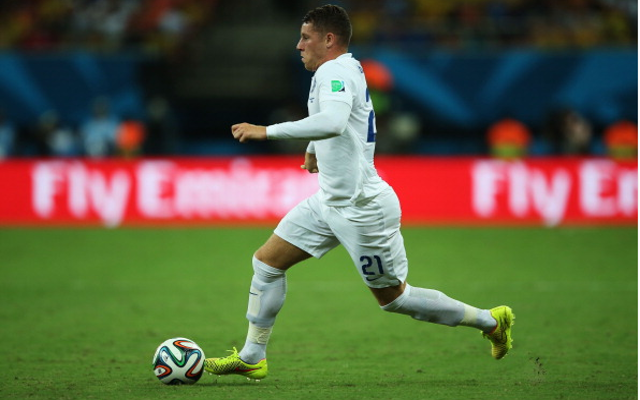 The young Toffee has been sidelined for a lengthy period with a knee ligament injury, but finally made his return on the weekend and was instrumental in his side’s 3-0 win.

He supplied the assist for the former Chelsea man’s goal at Goodison Park on Saturday, and the Belgian striker spoke very highly of him after the game.

He believes not only that Barkley is capable of displacing Rooney from the international team, but also that the 20-year-old is the best player at Everton.

“He will be somebody that the England team will rely on,” said Lukaku. “At the moment, they rely on Wayne Rooney but I think that will be Ross in the future.”

“There are a lot of players who want to play No.10 for England and when he is 100 percent fit I think he is the one who can play there. If Rooney is playing up front because he is the captain, then I think Ross will be England’s No.10 definitely.

“There are loads of players who can help me, but he has something that none of us have. I can’t explain it. He is the best player in our team.”

Everton have been struggling so far this season, and even after that dominant win against Villa they are still languishing in 13th place.

They are a team full of quality however, and with Barkley back in the side they will hopefully be able to get their season back on track.

If Roberto Martinez can get them firing on all cylinders again then they are definite contenders for a top four spot.

Even if it is rather selfish, Wayne Rooney may be hoping that Lukaku is wrong about Barkley. Not only will he be wanting to keep his spot in the England team, he will want Manchester United to pip Everton to those Champion League places as well.