Liverpool will be searching for a result in their Champions League match with Real Madrid on Wednesday night. Having lost to Basel in their last game, Liverpool need to get something out of the game in order to keep their qualification hopes alive. Here are five key battles that the Reds will have to win if they are to secure some points against the awe inspiring Galacticos. 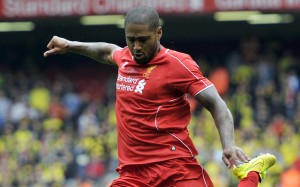 Cristiano Ronaldo has scored 15 goals in just La Liga so far this season. Glen Johnson is an ageing right-back who is only just settling back in to the side following injury. Even with this looking a quite one sided match up, Johnson is going to have to put in a big performance against the Portuguese if Liverpool are to have a chance.