Six strikers for Liverpool to replace Italian flop with in January

Mario Balotelli has not had the best of times since making the move to Liverpool in the summer. With only one goal in all competitions to his name so far, Liverpool boss Brendan Rodgers must be starting to think that a replacement will be needed in the January transfer window, especially with Daniel Sturridge ruled for a further month. Here are six strikers who would be be perfect to replace the misfiring Italian… 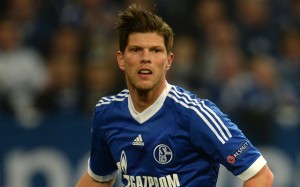 The Dutch ace has scored five goals in twelve appearances so far this season, and is the ultimate poacher. Already being linked to Liverpool, the 31-year-old Schalke frontman would definitely add the goals that Balotelli doesn’t seem able to.