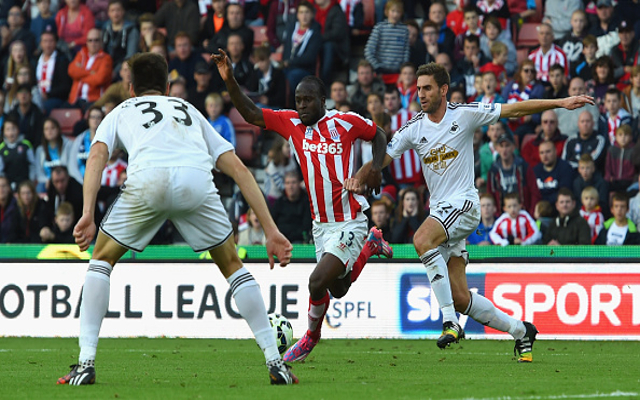 Stoke City are ready to take legal action against BBC pundit John Hartson and Swansea City boss Garry Monk regarding comments made about Victor Moses, according to the Telegraph.

The Potters’ 2-1 win over Premier League rivals Swansea was tainted somewhat due to a number of controversial incidents.

On loan winger Victor Moses was at the centre of this controversy after seemingly diving to win a penalty for the home side.

Referee Michael Oliver awarded the penalty despite minimal contact with Swansea defender Angel Rangel, and the momentum of the game was changed drastically after Charlie Adam converted from the spot.

Stoke are reportedly furious with the allegations however, and are set to take legal action against the pair; reporting them to the Premier League.

Monk will probably already be charged for his comments, but Stoke are thought to be more upset about Hartson’s comments.