How many of these players will play in the Premier League…

You won’t find Cristiano Ronaldo, Mats Hummels or Sami Khedira on this list, but you might see a player capable of emulating those stars in the future, as CaughtOffside counts down eleven surprise January transfer targets.

Arsenal, Chelsea, Liverpool, Manchester United and Tottenham targets all make our team, as we put together a world class xi of Premier League January transfer targets that you may never have heard of: 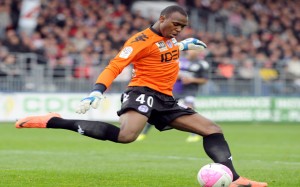 French youth team goalkeeper who has played over 100 league games in his home country, having been first choice for the last two seasons. A potential £9m arrival could coincide with Hugo Lloris’ exit.