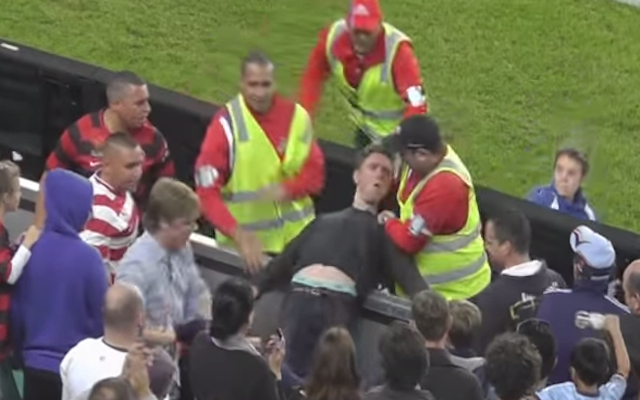 Watch as a fan is dragged by security after being mistaken as a pitch invader!

As expected the Sydney derby was a highly-charged affair but it wasn’t without its fair share of comedic moments.

Alex Brosque’s winner for the Sky Blues resulted in a pitch invasion by some of its fans, however one unsuspecting bystander was almost nicked by security despite having no part in the celebrations.