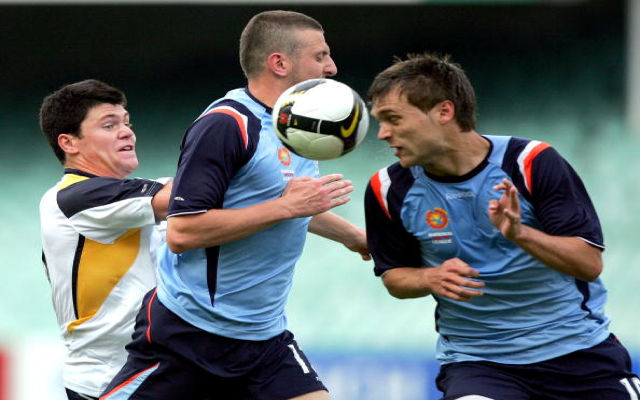 The Mariners have signed a former Sydney defender as cover for the injured Brent Griffiths.

Cairncross, who played two games for the Sky Blues during the 2009/10 season, joins the Mariners after a successful spell with National Premier Leagues NSW club Blacktown City.

The centre-back partnered fellow Mariners player Jacob Poscoliero during the 2014 NPL NSW title and joins the club after trialling during the pre-season.

Cairncross said he was delighted to have a second opportunity in the A-League and was keen to make the most of it.

“I’m loving it at the Mariners,” he told the club’s website.

“I never thought it would happen to be honest, but I want to take it with two hands and see where it leads me.”

“I’m loving being in this environment with all the boys, they’re great.”

“There are not too many chances going around but Mossy [Phil Moss] has shown faith in a lot of State League boys and as their performances have shown we can all handle it.”

Mariners coach Phil Moss said the signing of the 24-year-old gave his side added depth in defence.

“We took him [Cairncross] to Mudgee and he played against Newcastle and did very well,” Moss told the club’s website.

“He’s been one of the standout centre backs in the NPL with Blacktown this year next to Jacob Poscoliero – they have a good understanding of playing next to each other and we needed cover.”

“Our youth boys are just a little too inexperienced at the moment to cover Brent Griffiths’ injury. So we’ve brought Zac in and while at this stage it’s injury replacement, he knows that he’s got an opportunity to push for a longer term contract down the track.”

“He’s a great guy, he’s very committed, very dedicated, and very professional and he’s comfortable on the ball for a big boy.”

The Mariners have a bye this weekend, and will take on Sydney FC on November 2.