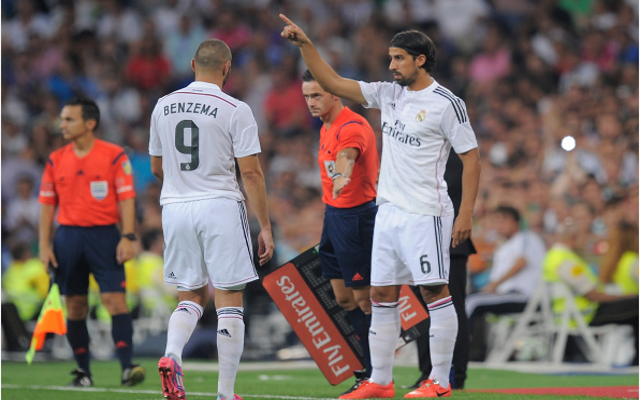 Manchester United will offer Real Madrid midfielder Sami Khedira a long term contract worth around £5.5m-per-year in order to fend off competition from the likes of Arsenal and Chelsea for his signature, according to the Daily Express.

The Germany international is set to leave the Spanish giants after turning down two contract offers, with Carlo Ancelotti weighing up a replacement in Juventus star Arturo Vidal.

However, Madrid are still hoping to hold on to the World Cup winner in the new year, and are said to be putting together a new deal to keep him in the Spanish capital for longer.

Reports over the weekend surfaced claiming that Arsenal had made a move to secure his signature on a pre-contract agreement, whilst news in Spain has also suggested that United have made tentative early strides, too.

Louis Van Gaal is determined to bring a central midfielder on board in January after initially targeting the likes of Arturo Vidal of Juventus and Kevin Strootman of Roma.

However, a £75million price-tag has seen the former Holland boss turn his attention to Khedira, who could yet end up moving to Chelsea instead.