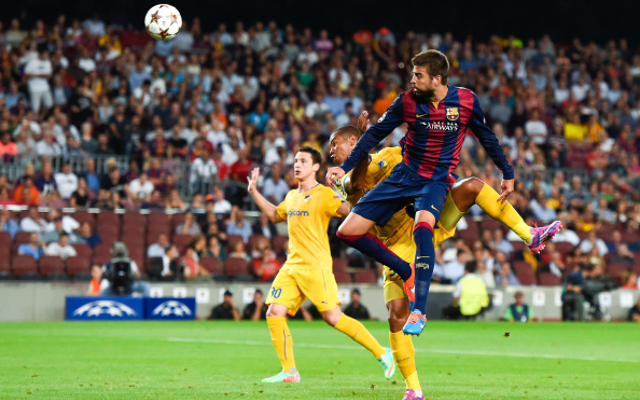 Manchester United are said to be planning a move for former defender Gerard Pique in the new year and will pay £20m for his services, according to the Daily Star.

United boss Louis Van Gaal is said to be desperate to add more defensive cover to his side in January with Pique said to be top of his wanted list after being told that he’ll have the funds to bring in new faces.

However, Pique is thought to be keen on remaining with Barca, despite United chief confidence in luring him away.

The centre-back has fallen down the pecking order under Luis Enrique this season, as he prefers the likes of Javier Mascherano and Jeremy Mathieu ahead of him.

Having joined United originally back in 2004, he made the return to Barca for just £5m in 2008 and went on to establish himself at the Spanish giants.

Many believe that the time could be right for him to move on, though, as the club continues to undergo a facelift under their new boss.